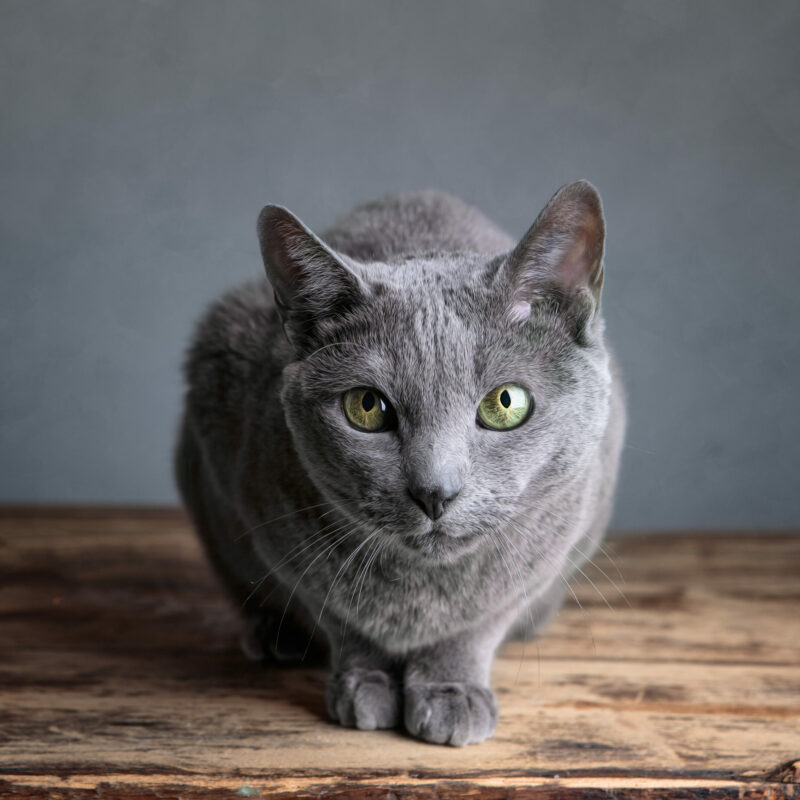 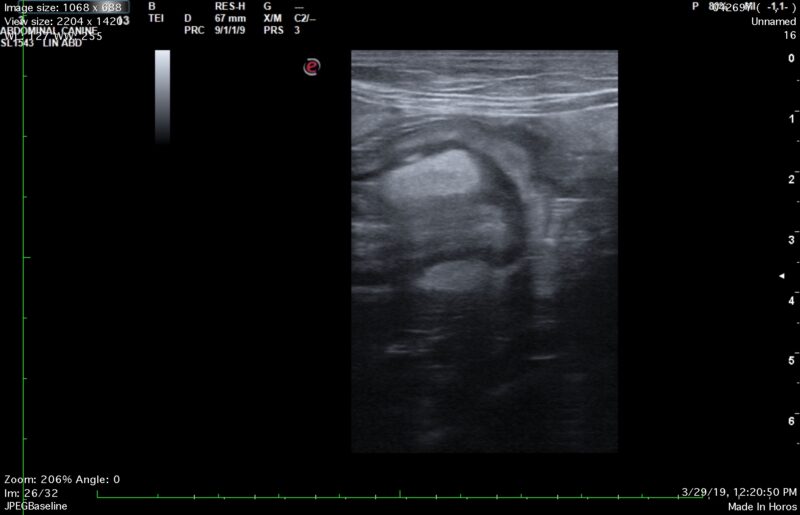 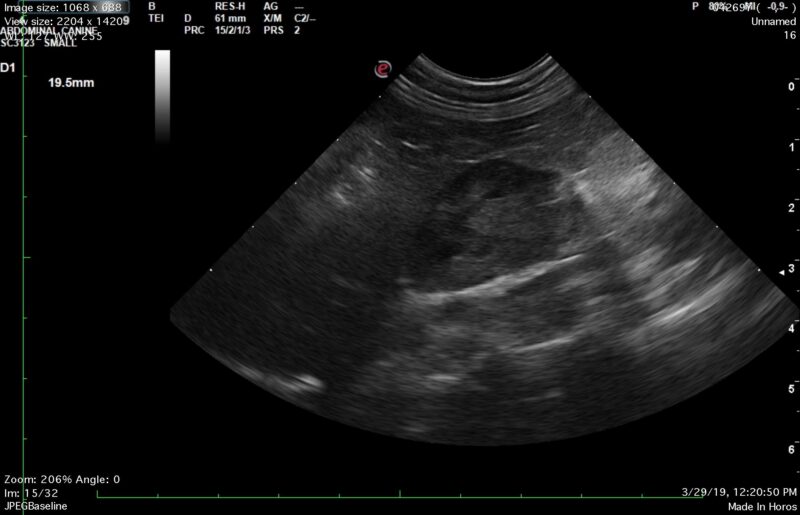 The patient had a long history of well-controlled Diabetes Mellitus and Chronic Kidney Disease. The patient also had a history of chronic, mild hypokalemia that was managed with oral supplementation. The patient presented for acute onset vomiting and hemorrhagic diarrhea.

The patient was depressed and lethargic. He was 8-10% dehydrated. A tubular mass was palpable in the mid-abdomen. The patient exhibited signs of discomfort on palpation.

An iStat was performed in-house. Hypokalemia (2.5 mEq/L) and azotemia were identified. Pyuria was noted on an in-house urinalysis.

An abdominal ultrasound was performed. 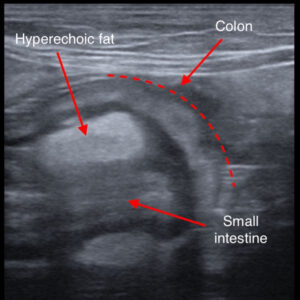 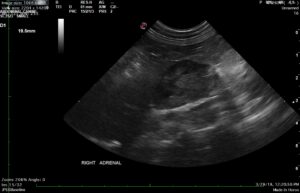 While the intussusception was the primary cause of the presenting clinical symptoms, the adrenal mass was an incidental, but significant finding.  Given the history of renal disease and hypokalemia, an aldosterone-secreting tumor was given the highest consideration.

Primary hyperaldosteronism is traditionally thought to be rare in both dogs and cats.  Recent research suggests that this condition may be more prevalent than originally thought and may be associated with significant morbidity in our geriatric feline patients.

Affected cats typically present with clinical signs associated with hypertension, hypokalemia or both.  Serum potassium levels may be normal to low.  Azotemia is often noted, with normal to low phosphorus levels, due to the excessive secretion of PTH.

Simply finding an adrenal mass in a cat is not enough to establish a diagnosis, as the tumor may be non-functional.  A single serum aldosterone level may be diagnostic.  In more complex cases, the aldosterone:renin ratio test (ARR) is considered to be the gold standard for diagnosis.